As many of you have been following Dan and Wilson’s journey you will know their story. Dan Bates is a visually impaired Dressage rider and has big ambitions for a career is Para Dressage. This weekend they had their first show and Dan kept his nerves low and his concentration high for a WIN!

Dan has been featured in a Horse & Country article about a “blind rider and the ex race horse who helps him”. This story has even made its way across to Brazil where it was featured in a write up, he also recently won a leg up for talent “story of the month” competition.

Not only is Dan achieving his own goals and raising awareness and support for Para equestrian sports – he is also proving that ex race horses can go on and have a career after racing! In just about anything! 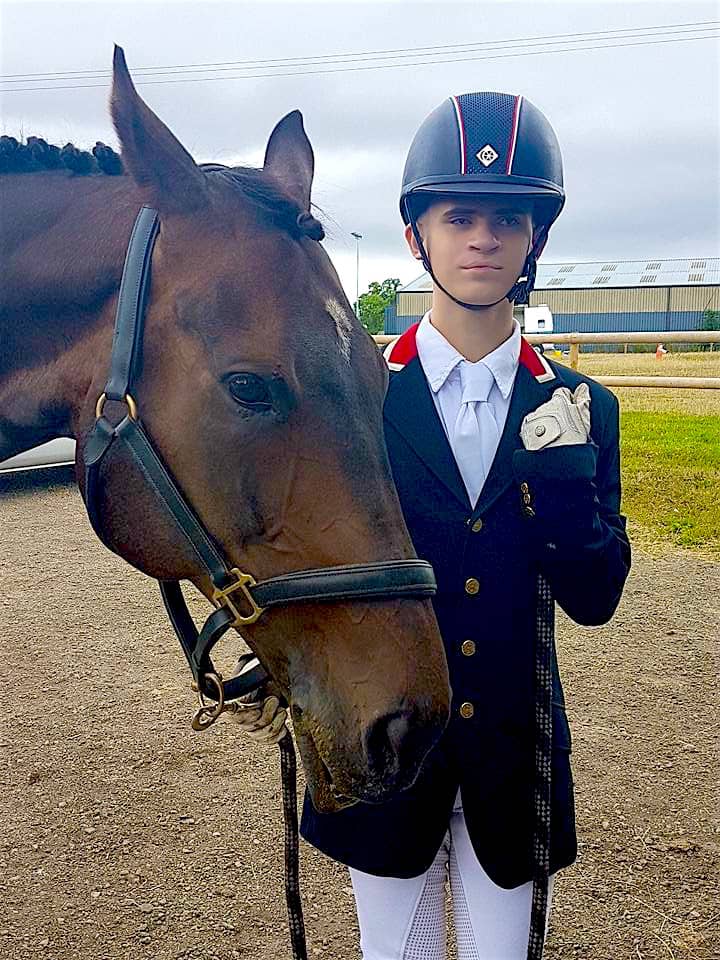